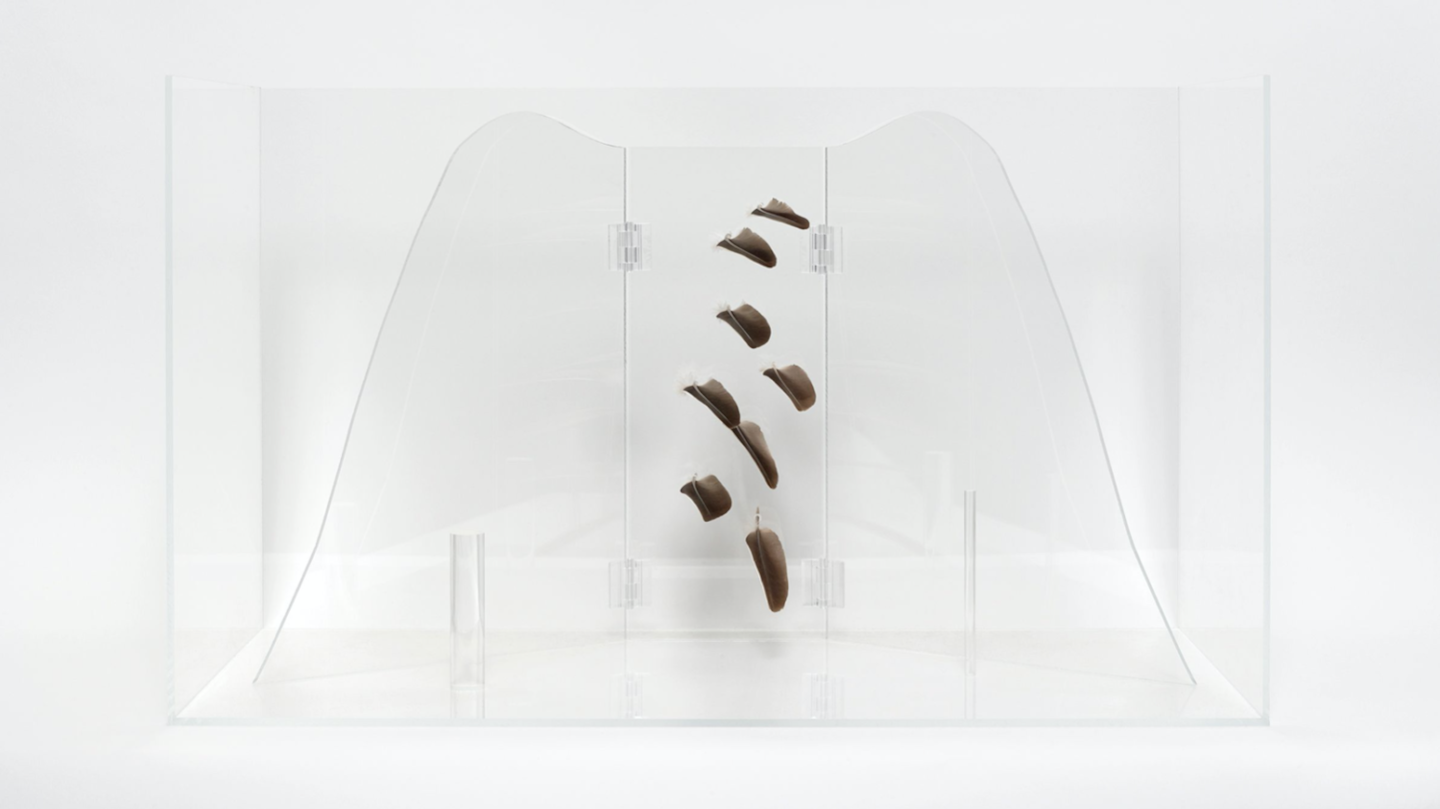 We look forward to welcoming you to a talk between Danish artists Charlotte Brüel and Tove Storch at Nils Stærk.

Brüel has been working as an artist since the end of the 1960’s, where she enrolled and later left the Royal Danish Academy of Fine Arts due to the conditions for female students in the school. This marked the beginning of an art practice that has evolved quietly but steadily – in parallel to the established Danish art scene.

For CHART, Nils Stærk will present works by Charlotte Brüel from her series Invisible Sculpture, 2018-2019. Works by Tove Storch can also be seen in the gallery in the corresponding exhibition Apple Romance.

Invisible Sculpture emerged out of a double fascination with the artist’s work and life, also reflecting the focus of the fair on women’s position in art. Her works recall the position assumed by the artist herself on the Danish art scene; in spite of continuous exhibition activities and several initiatives to set up alternatives to the traditional institutions, her artistic work has remained largely hidden from the public eye.

The talk is moderated by Birgitte Anderberg, senior curator at Statens Museum for Kunst.

This talk will be in Danish, but is going to be filmed and will be available online with subtitles.