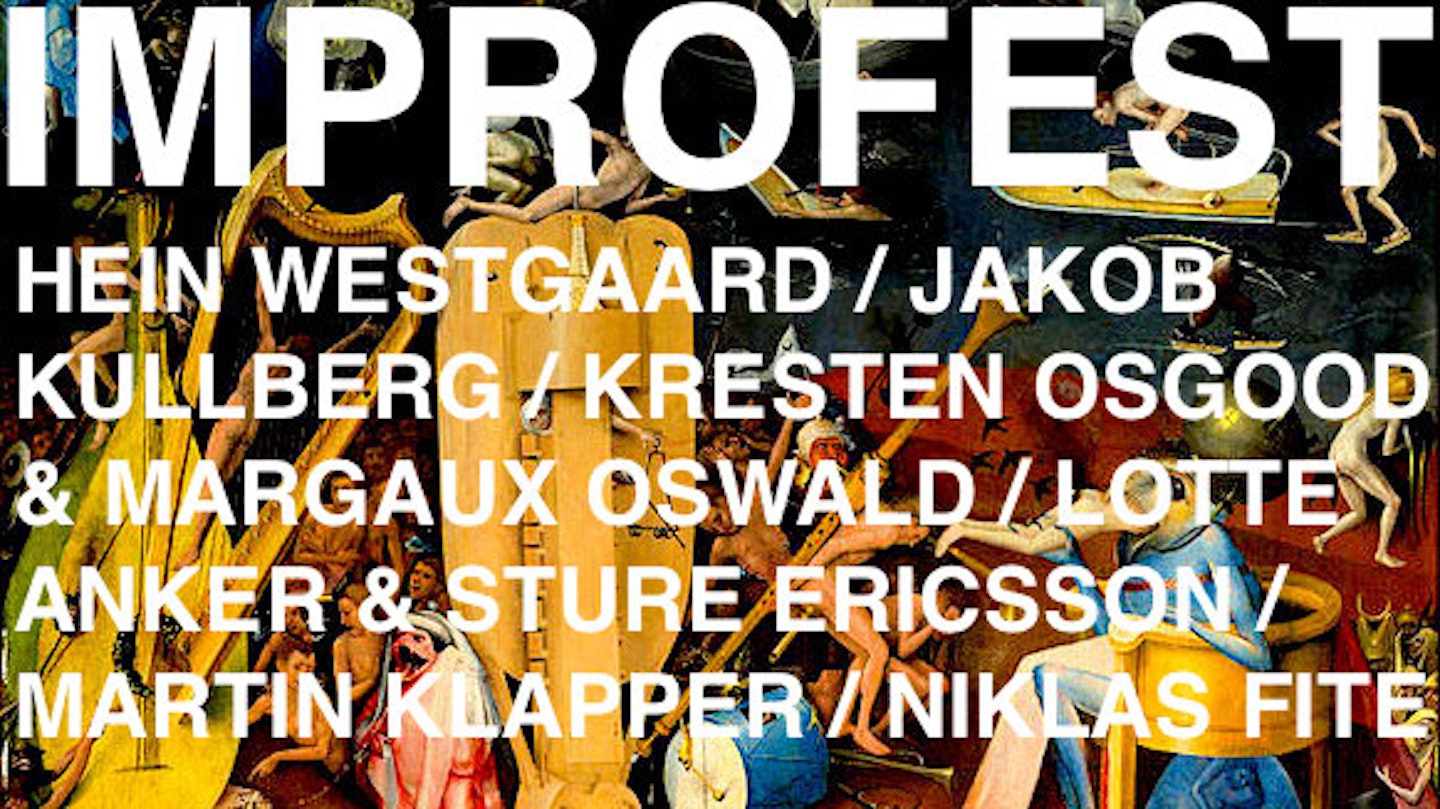 We wish Copenhagen an amazing opening of the concert life with a three concert BLAST-OFF in LiteraturHaus!!!!!!!

Remember that it is necessary to have a negative Corona test that is less than 72 hours old to attend the concert. Other corona-related guidelines of course also apply; wear a mask and keep a reasonable distance.


The three acts are described below:

Hein Westgaard is a Norwegian Copenhagen-based improvising guitarist and improviser trained at the Rhythmic Music Conservatory.He has assembled a trio with the classical cellist Jakob Kullberg, known among many other things for his work with Per Nørgård, and drummer Kresten Osgood who is a bona fide star on the Danish jazz and improv scene.It will be a meeting in the sign of improvisation between classical music, jazz and free-improvised music.

This is a duo with the forward-thinking pianist Margaux Oswald from Switzerland and the Danish saxophonist Lotte Anker, who since the turn of the century has been among Denmark's leaders in the field between experimental jazz / improvisation and contemporary music.Anker is known from projects such as Anker, Taborn, Cleaver (w / Craig Taborn and Gerald Cleaver) and Trio with Sylvie Courvoisier and Ikue Mori.Oswald is currently working on a new trio with Håkon Berre and Sture Ericsson, as welll as a duo project with Kasper Tranberg. This will be their first meeting in a duo context!!!!!

25-year-old Niklas Fite is already well-versed and has, among other things. played with i.a. Sven-Åke Johansson, Tristan Honsinger, Mats Gustafsson and Isak Hedtjärn. He brings with him Martin Klapper and Sture Ericson in a trio that already has several years behind it in Copenhagen's impro scene.Martin Klapper participated in the legendary Company weeks organized by Derek Bailey in the 90s. Among his many collaborations, the duo with Roger Turner stands out as one of the most important.Sture Ericson is a well-known voice both in Copenhagen and internationally. Blue. in groups such as The Electrics (with Axel Dörner, Joe Williamson and Raymond Strid) and the new Bagman (with Pat Thomas and Raymond Strid), he lures both familiar and unknown sounds from his saxophones.