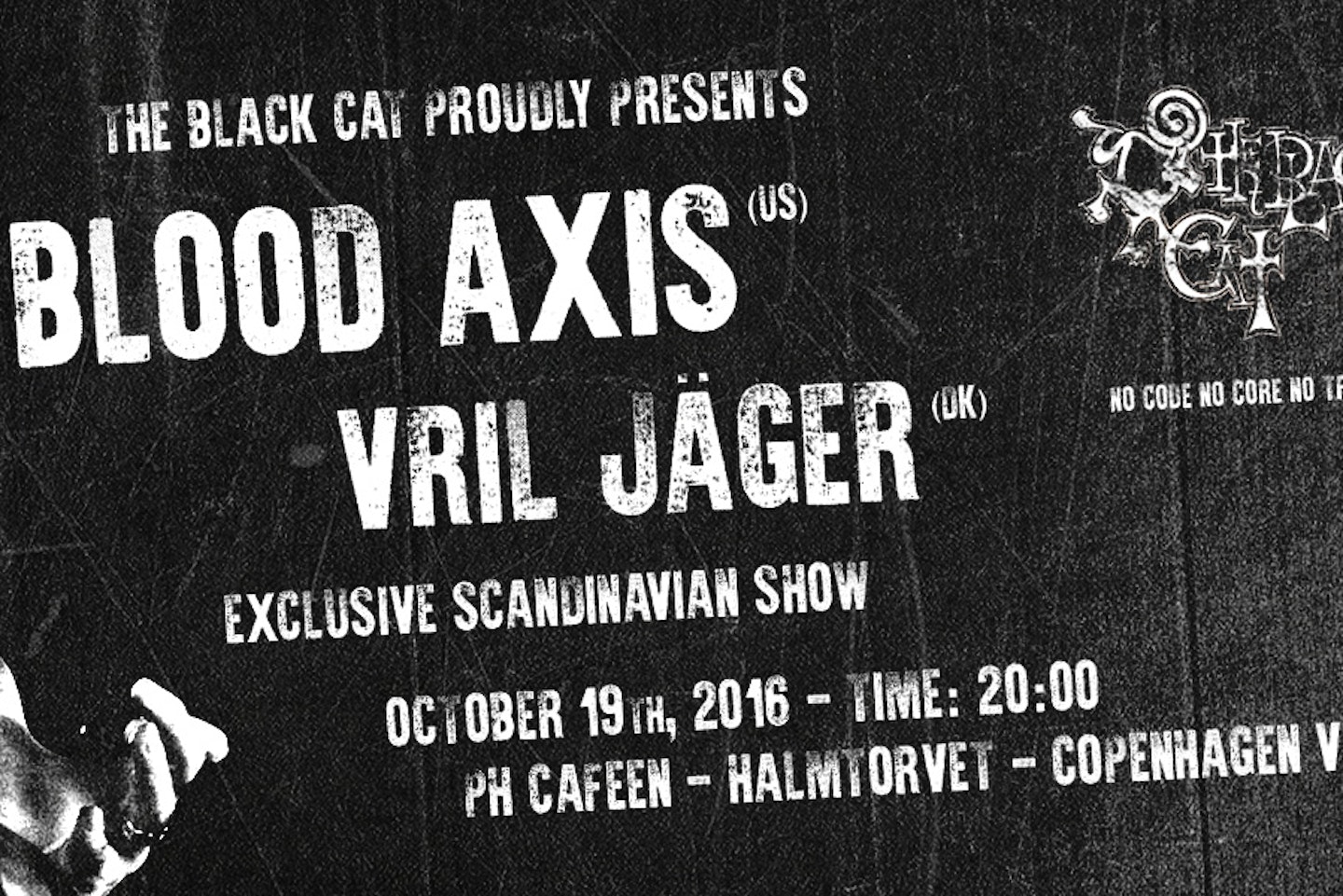 The Black Cat is proud to announce an exclusive Scandinavian show with the legendary BLOOD AXIS, who is one of the frontrunner bands within the neofolk/post-industrial scene. BLOOD AXIS was formed by author and journalist Michael Moynihan in the late eighties, and have released such album genre classics as “The Gospel Of Inhumanity”, the live album “Blot: Sacrifice In Sweden” and “Born Again”. BLOOD AXIS consists of Michael Moynihan, Robert Ferbrache and Annabel Lee – and we look forward to hearing their dark, atmospheric and majestic tunes again on danish soil.

Support this evening will be VRIL JÄGER – a new project by Kim Larsen (Of The Wand & The Moon) and Thomas Bøjden (Die Weisse Rose). VRIL JÄGER should not be considered as a mere side project, but a separate entity with an agenda of No Fun, No Compromise and No easy listening! This will be their first concert in Denmark ever (having previously only performed in US and on Wave Gotik Treffen).