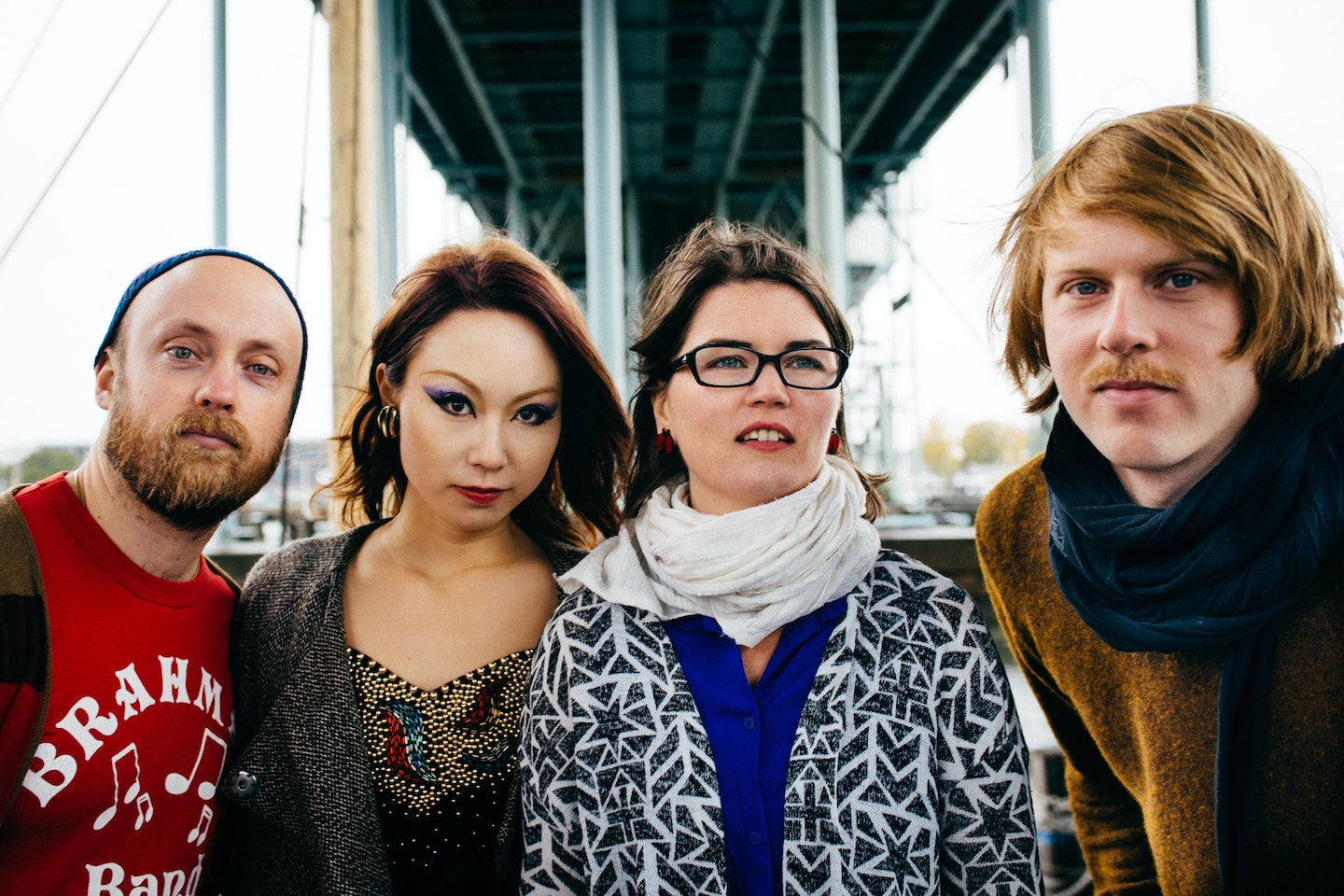 Casey Moir Band combines narrative lyrics with wild improvisations, vivid soundscapes and an intuitive and explosive group interaction. They draw on influences from jazz and free jazz while intricately weaving together composition with free improvisation. Collective expression is key.

The members of this band have gathered from all corners of the world – Australia, Japan and Sweden. CMB has been featured in a 5page spread in Swedens oldest and most respected jazz magazine ‘OrkesterJournalen’, has represented Sweden at the 2013 Young Nordic Jazz Comets showcase in Trondheim, toured locally and performed live on Swedish Radio.

In January 2013 she released her debut self-titled duo album ‘MOCO’ on the Swedish record label LJUP. In mid 2013 released her EP ‘Presents…..’ with alternative pop duo Mother Jack. January 2014 brought about the release of ‘Live @ Alchemia’ with AU/SE quintet SVELIA in conjunction with an Australian tour. She also released the single ‘LOST’ together with music video in late 2014. February 2015 she released ‘Rabbit Hole’ with CaseyMoir Band. Later in 2015 she is to release ‘Transitions’ with SVELIA and ‘Shout Until Our Lungs Are Blue’ with duo Mother Jack.