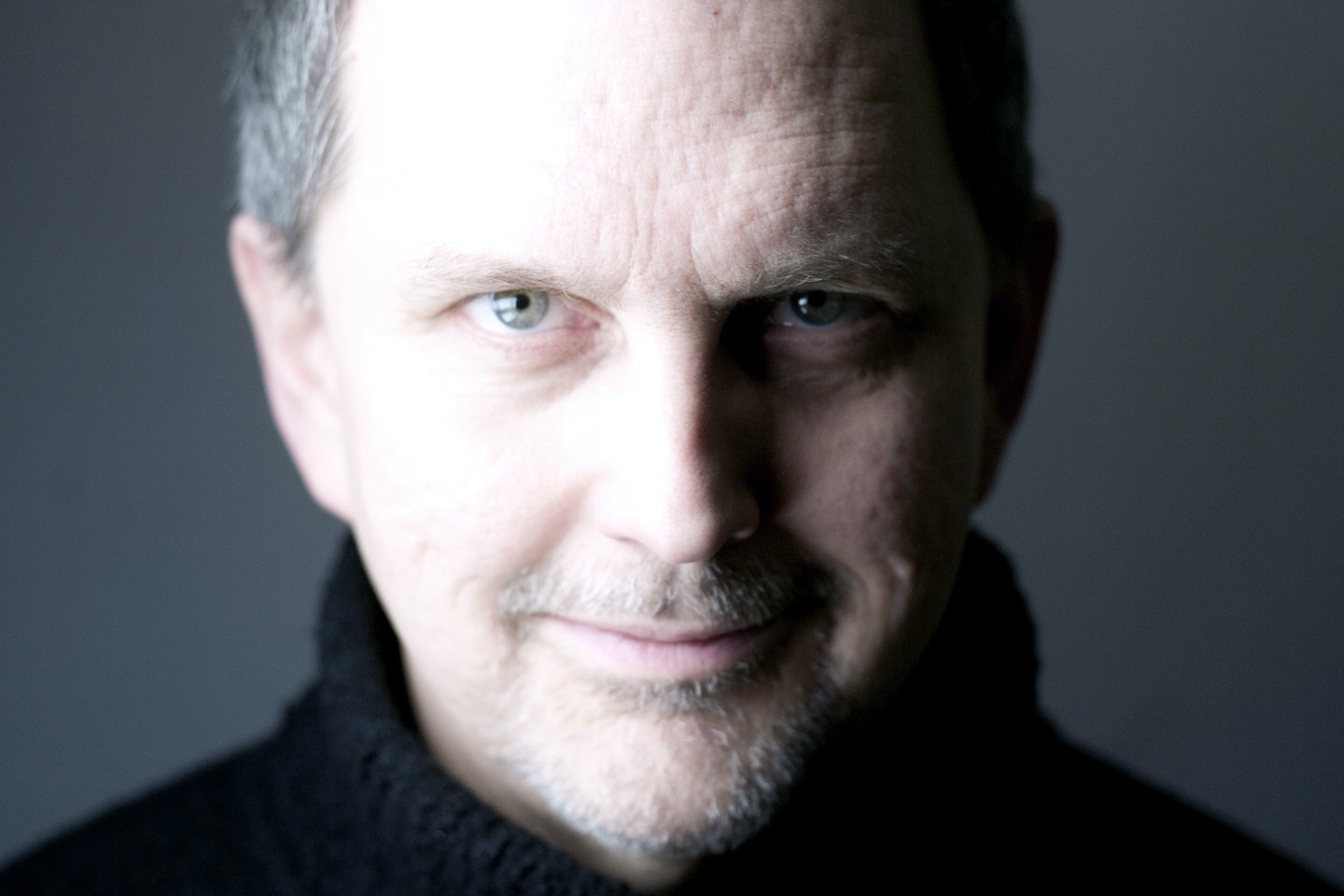 The Anglo-Saxon epic poem Beowulf survives in a single manuscript source dating from the early eleventh century (British Library, Cotton Vitellius A. XV). Although scholars do not agree on the dating of the poem -- theories range between the sixth century and the date of the manuscript -- it is clear that the story has its roots in the art of the scop (creator), the ‘singer of tales’ -- oral poet, singer, story-teller and reciter in one person -- at formal and informal gatherings, whose services were essential to the fabric of tribal society in early medieval England. The scop would re-tell the story of Beowulf, in song and speech, perhaps accompanying himself on a six-stringed harp (this we know from contemporary accounts and surviving instruments). His pre-literate audience was attuned to the finest details of sound and meaning, metre and rhyme, timing and mood. The performance - which, for the whole epic, might last between four and six hours - would never be exactly the same twice, as the scop subtly varied the use of poetic formulæ to shape his unique version of the story.

The central dilemma of any attempt to re-vocalise a medieval text as living art is based on the fact that a written source can only represent one version (and possibly not the best version) of a text from an oral tradition in which musical notation was unknown. The impetus to make this attempt has come from many directions: from the power of those oral storytelling traditions, mostly non-European, which still survive intact; from the work of instrument-makers who have made careful reconstructions of seventh-century Germanic harps; and from those scholars who have shown an active interest in the problems of turning written words back into an oral poetry meant to be absorbed through the ear/spirit, rather than eye/brain. But the principal impetus comes from the language of the poem itself, which has a chilling, direct and magical power that modern translations can only approximate.

The 6-string harp used in this performance was built by Rainer Thurau (Wiesbaden, Germany), based on the remains of an instrument excavated from a 7th century Alemannic nobleman's grave in Oberflacht (south of Stuttgart). The study of this instrument also informed the reconstruction of the Sutton Hoo instrument now on display at the British Museum. The remarkably intact pieces of oak clearly show a thin, hollow corpus with no soundholes. There are strong indications, supported by contemporary iconography, that such an instrument had six gut strings, a tailpiece and a free-standing bridge. This scop’s instrument serves as a key piece of evidence in reconstructing the performance, for it provides the ‘singer of tales’ with a series of six tones. Although several possible tunings present themselves, the six tones used in this performance were arrived upon through a careful study of early medieval modal theory, yielding a gapped octave which contains three perfect 5ths and two perfect 4ths. The resulting series of tones serves as a musical matrix, upon which the singer can weave both his own rhetorical shapes and the sophisticated metrics of the text. The Anglo-Saxon ear was finely-tuned to this web of sounds and syllable lengths, which was always experienced as an aural event, inextricably bound up with the story being told. The harp is a relatively quiet instrument, but in the ear of the performer it rings with an endless variation of gestures, melodic cells and repetitive figurations which give inspiration to the shape of the vocalisation: in the course of the story the vocalist may move imperceptibly or radically between true speech, heightened speech, speechlike song, and true song. The instrument acts as a constant point of reference, a friend and fellow-performer, a symbol of the scop and his almost magical role in the community of listeners.

Benjamin Bagby (www.BagbyBeowulf.com) is descended from a Germanic clan which emigrated from Jutland to northern England in ca. 630, where they remained until his branch of the family emigrated to the colony of Virginia almost a millennium later. Following 321 years of subsequent family wanderings, he was born on the shores of Lake Michigan, and twelve years later was captivated by Beowulf. Several years after returning to Europe in 1974 he founded -- together with the late Barbara Thornton -- the ensemble for medieval music Sequentia, which was based in Cologne, Germany, for 25 years; both Mr. Bagby and Sequentia are now based in Paris. www.sequentia.org. In addition to his work with Beowulf, Mr. Bagby and Sequentia have produced several CDs of musical reconstructions from the early Middle Ages: 2 CDs based on the medieval Icelandic Edda, the most recent of which, ‘The Rheingold Curse’ (2002), retells the story of Sigurd, Brynhild, the dragon Fafnir, and the cursed Rheingold; ‘Lost Songs of a Rheinland Harper’ (2004), which explores Latin and German song in the period around the year 1000, using as its source the famed ‘Cambridge Songs’ manuscript; ‘Fragments for the End of Time – 9-11th centuries’ (2008), featuring some of the earliest apocalyptic texts in Old German, Latin, and Old Saxon. A DVD production of Mr. Bagby’s Beowulf performance, filmed by Stellan Olsson in Sweden, was released in 2007 and includes interviews with noted Anglo-Saxonists and with the performer. In addition to his activities as researcher, singer, harper and director of Sequentia, Benjamin Bagby writes about performance practice and teaches widely in Europe and North America. Since 2005 he has been on the faculty of the Sorbonne University in Paris, where he teaches in the master’s program for medieval music performance practice.

Synopsis of the story

Although this performance uses video supertitles, the following summary will give an overview of the story up to the point where the re-telling of Beowulf will stop, encompassing roughly the first third of the entire epic (lines 1-852):

Following the formal call of ‘Hwaet!’ (Listen!), the scop reminds the listeners of some geneology: the legendary arrival of the great leader Scyld, found in a boat along the Danish coast, a solitary baby with no possessions. But when he grows up he becomes a unifier, war-leader and king of the Danes. On his death he is again set adrift, but now the boat is piled high with treasure and the standard floats in the wind on the mast above him. He leaves a son, Beow, already famous as a king in South Sweden (the northern part of Denmark in the fifth century). Beow carries on the Scylding line as a good and able ruler and is succeeded by his son Halfdane. Halfdane in turn is a worthy king, and has three sons - Heregar, Hrothgar and Helga - and a daughter, Yrsa, who marries Onela of the royal line of Sweden. Eventually, Hrothgar becomes king and rules long and well.

With the kingdom stable, Hrothgar orders that a great banquet hall be built. Workmen from far and near are brought to build and decorate this royal building. Its fine workmanship and gilded gables are famous in Denmark and abroad. Hrothgar names the hall ‘Heorot’ (Hart). The drinking and laughter of the warriors, and the harping and songs of the scop provoke a savage monster named Grendel, a descendant of Cain, who lives in the marshes nearby and cannot bear this human gaiety in his loneliness. Only gradually do we learn details of the creature: that it takes four men to carry his head on a spear, and that his hand has sharp claws like steel spikes. For weeks and months Grendel visits the hall nightly, devouring sleeping warriors and carrying off others to the moor to feed on later. At last, only drunken, boasting fools will linger in the hall after dark, until they too are slaughtered.

Twelve years pass, and news of Hrothgar's assailant travels eventually to other lands. Beowulf, sister's son to Higelac, King of the Geats, hears of Hrothgar's distress, and with consent from his uncle, sails with fifteen companions from southwestern Sweden on the east coast of the Oslofjörd. When the Danish coastal watchman learns that they have come to Hrothgar's aid, he shows them the path to Heorot. The Geatish warriors march with their spears, swords, helmets, shields and chain-mail to the high-gabled hall. At Heorot Beowulf and his men enter with challenges and formal speeches, the strict codes of a warrior’s behaviour in court. King Hrothgar had earlier given protection to Beowulf's father, Ecgtheow, during a feud. Learning Beowulf's name, Hrothgar recalls hearing of the extraordinary strength and reputation of the Geatish hero.

The strangers are warmly received and Beowulf is seated on the bench with Hrothgar's young sons. No Dane has confronted Grendel and lived. But the enthusiastic welcome shown to the Geats s irritates the jealous Unferth, a drunken courtier sitting at Hrothgar's feet, who taunts Beowulf for having been defeated in a legendary swimming contest with Breca. Beowulf sets the record straight by recounting the dangers -- attacking sea-monsters, storms, vast distances -- and claiming that they had merely dared each other to a boyish hunt for sea-beasts. Separated by the winter storm, they swam, carrying swords and wearing chain-mail, two different paths: Breca to Norway and Beowulf to the land of Finns. Beowulf ends his retort with a taunt that Unferth has slain his own brother, the ultimate crime, even though by accident. With such ‘heroes’ as this, it's no wonder the Danes can't deal with Grendel themselves! The queen, Wealhtheow, pours ritual mead for the feasting warriors and Beowulf boasts to her that he will defeat Grendel or die in the attempt.

At nightfall Hrothgar and all the Danes depart from Heorot to sleep elsewhere, leaving Beowulf and his men to occupy the hall benches. Beowulf removes his helmet, chain-mail and weapons and boasts again to use no weapon in this fight, since Grendel uses none. As darkness descends Grendel comes gliding up from the misty marshes, and pushes open the great door, his eyes gleaming with evil. Immediately he grabs and eats a sleeping warrior. Next, the monster reaches for Beowulf, but the hero grasps his arm and rises to his feet. Beowulf’s men cannot help him since Grendel has put a spell on all weapons so that none can harm him. During the ferocious stuggle that follows, the hero wrenches off Grendel's arm. The sounds of the combat terrify the Danes outside: Grendel howling with pain, benches torn up and overturned, the hall shaken to its foundations. Grendel, leaving a trail of blood, escapes without his arm and limps back to the fens where he dies. Beowulf fixes the arm high above the hall as a symbol of victory. Heorot is cleansed of the evil monster, and in the morning people come from far and near to inspect the sight, following Grendel's trail to a boiling pool of bloody dark water in the marshes.