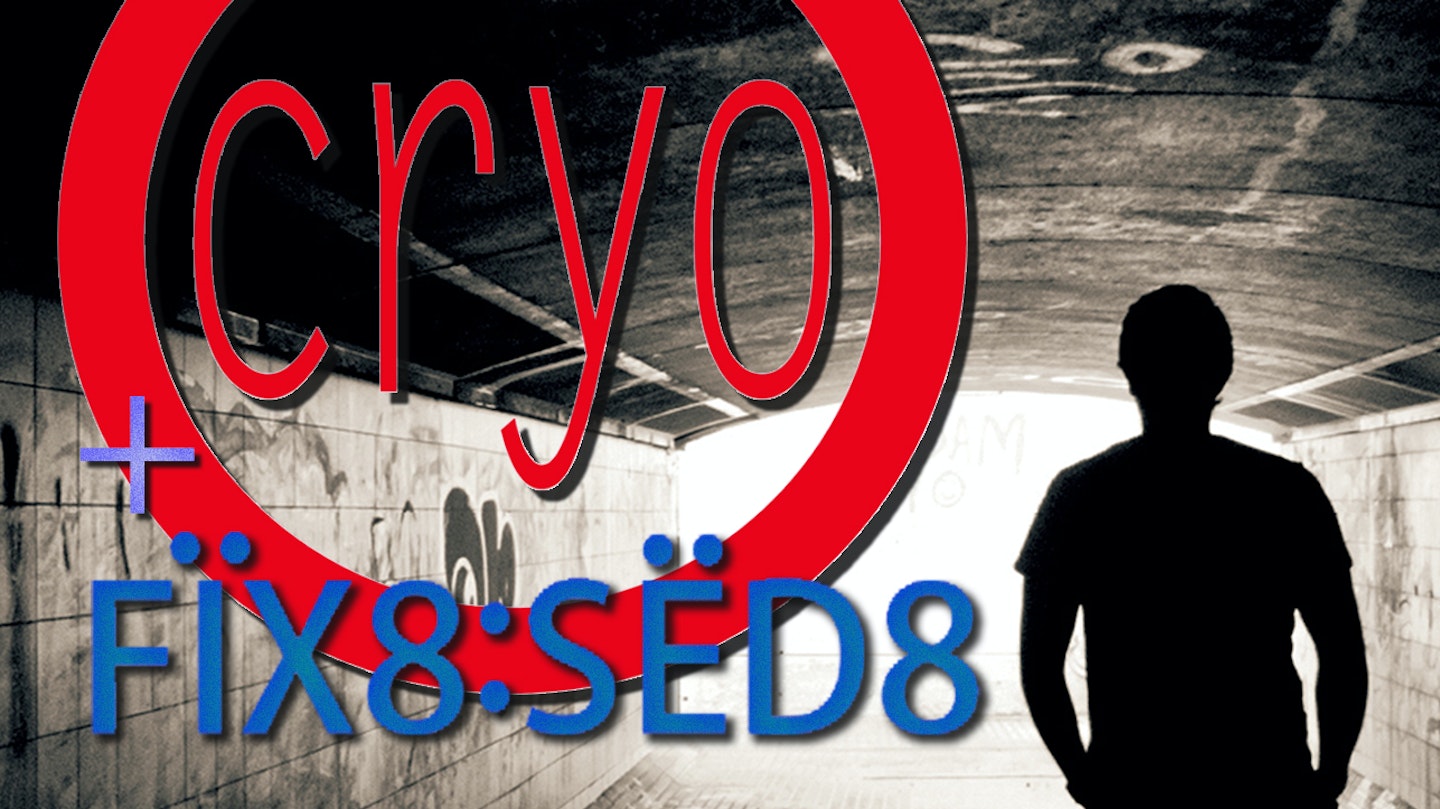 Club Braincorp. kicks of 2020 with a double headliner show with two high acclaimed Industrial/EBM bands from Sweden and Germany, Cryo and Fix8Sed8 who will play their first show in Denmark and their 2nd show ever in Scandinavia. Last time Cryo was in Copenhagen they supported our king Leæther Strip at Salen, this time Cryo is bringing Fix8:Sed8 with them. Since Cryo played here last time they have released a new album called "Fall Of Men" and been supporting VNV Nation ontheir Sweden tour. Get ready for a blast of an evening!

Cryo:
Hailing from Gothenburg and Malmö comes the duo Cryo who consists of the singer Martin and the
keyboard player/singer Torny was formed in the beginning of the year 2000 and has through the years released 5 albums on the high quality label Progress Productions (also the home of Spark! Henric De La Cour, Agent Side Grinder, Lucifer Aid, and many others)
Cryo has some influences from bands like Front 242, Jean Michel Jarre, Die Krupps, but has created their own unique style. Through the years Cryo have made som stunning club hits like "The Pain", Hit Me Once", "In Your Eyes", Cryo released a new album in June 2019, a very strong album that still shows that they are one of the best Synth/EBM acts from Sweden. 2019
was a busy year fror Cryo supporting VNV Nation in Sweden for a few shows, beside that they
played at the Amphi & NCN festivals in Germany.

Fïx8:Sëd8:
As a fan of complex sound structures such as Skinny Puppy and M&TF and in view of the monotony of the scene in the early 2000s, Martin Sane from Wiesbaden, Germany decided end of 2003 to launch his own music project Fïx8:Sëd8. His aim was to create an alternative to the Hellectro standard mush of the time in the style of the Canadian and Texas industrial pioneers. Fïx8:Sëd8's third album, which was released by the famous label Dependent Records in May 2017.On "Foren6" Fïx8:Sëd8 shows their most creative side. The vocals have become more diverse and are no longer limited to pure distortion. The drum programming is more varied than ever, bass lines and synth sequences in the best Mentallo manner and above all the Fix8-typical goose-skin producing surfaces. Only two years later, in July 2019, the fourth studio album "Warning Signs" has released. Musically "Warning Signs" is so old-fashioned that it could almost be called a "Retro Industrial"