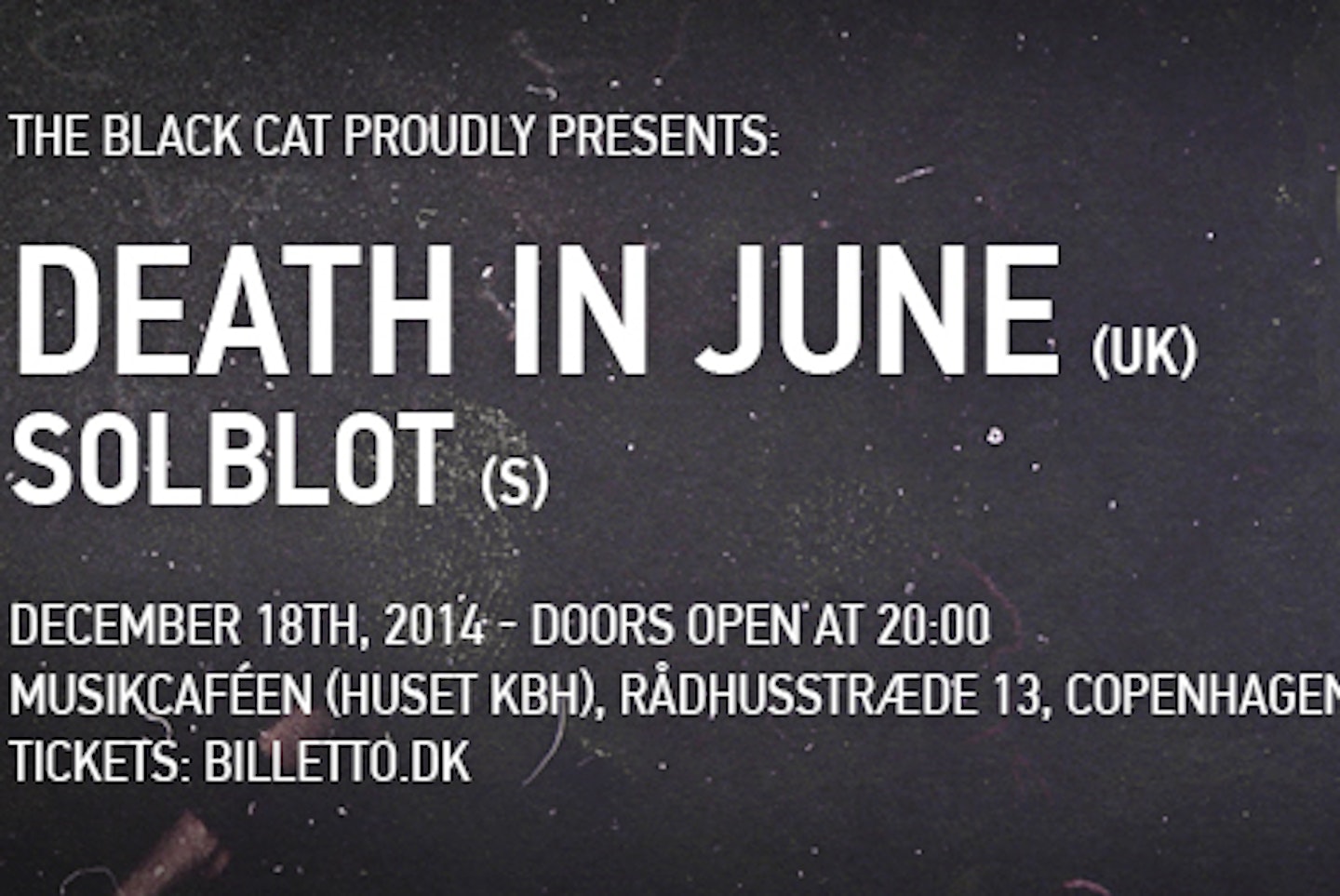 What has become a tradition in december for us in the last years, will also happen in 2014 - the mighty DEATH IN JUNE on danish soil. Always a pleasure!

This time Douglas P. will bring his old comrade John Murphy and new comrade Miro Snejdr with him to join him on stage.

DEATH IN JUNE is considered to be the godfathers of the neofolk/apocalyptic folk genre. Having released such classics as "But, What Ends... When The Symbol Shatter", "Rose Clouds Of Holocaust", "The Wall Of Sacrifice", "Nada!" etc., they have been major inspirations on a lot of the goth, industrial, neofolk and experimental bands nowadays. Even mainstream electro-pop act Ladytron have covered their classic "Little Black Angel".

Opening act this night will be SOLBLOT from Malmø, Sweden. The music is principally based on the north european folk tradition, with some experimental elements.

Conceptually SOLBLOT has a concentration towards Swedish nature- and national romantics. With simple means Solblot want to portray a kind of musical straight forwardness and devotion before a polished and perfected presentation. The music it self is a visualisation of the tale and myth of Scandinavia which is coloured by nostalgia which by necessity puts its marks on that which has been.

This time, the concert will be at legendary venue Musikcaféen in Huset-KBH, where some of the most influental underground acts have played ever since the 1960's. But as this is a rather small venue, we advice you to buy your ticket as soon as you can!