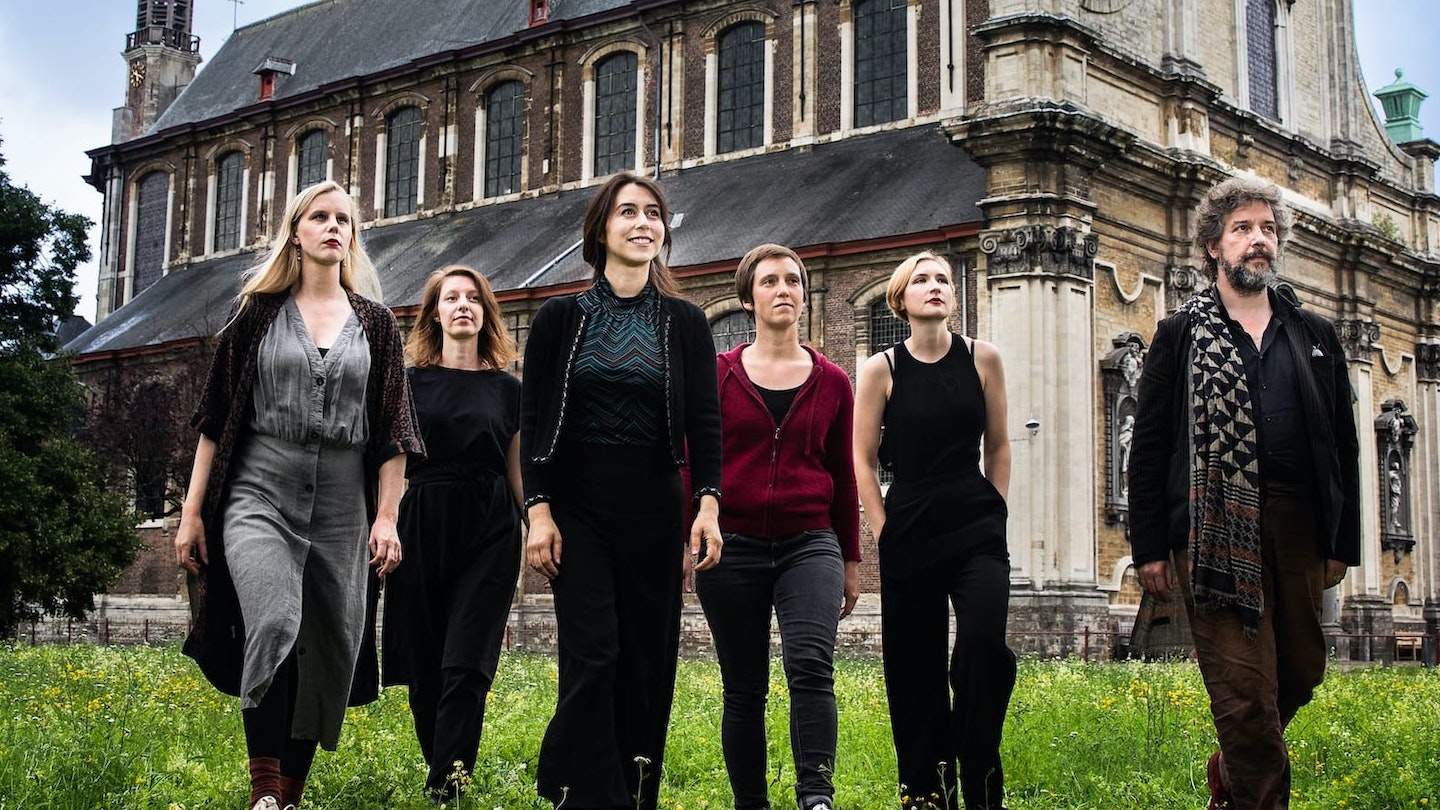 The City of LadiesMusic from 15th-century Burgundy and Franc, improvisations and new compositionsTexts by Christine de Pizan (1364-ca.1430) and Martin Le Franc (ca.1410-1460)

Inspired by the vision of two humans of the past, ‘The City of Ladies’ is a musical praise to womankind interwoven with the texts by Christine de Pizan (1364 - ca. 1430), who is known as the first (female) professional writer in Europe. In her visionary work ‘The City of Ladies’ (1405) she starts building an imaginary city, where every brick is made out of the history of a woman, thus laying a fundament on which a society, where women are respected as equals to men, can be built. The other figure is the male poet Martin Le Franc (1410 - 1461), who follows Christine in defending the role of womankind in history and in ‘Le Champion des Dames’ helps her to write a more inclusive story of humankind. Their musicalized texts form a counterpoint to musical works by their contemporaries, Solage, Cordier, Binchois, Dufay and others, who in selected works reveal a subtle change in the attitude towards women during the dawn of the Renaissance.The debut recording of Servir Antico, The City of Ladies (Paraty, Spring 2021), will initiate an initiative of the ensemble to promote the engagement of audiences by buying records directly from the artist. From these earnings, 40% are going to be invested in a microloan platform helping women-entrepreneurs living under challenging conditions around the world, in achieving their visions.

SERVIR ANTICO, founded in 2013 by Catalina Vicens, musician and researcher from Chile based in Basel, is a musical and social project which aims to bring the human and its creative power as a bridge between past and future. Inspired in the legacy of Renaissance humanism (13th -16th centuries) each project combines historical music with themes that invite the audience into a moment of reflection, creation and expression and to propose a kinder, creative future. For each program she unites the power of acclaimed vocal and instrumental soloists, being invited to perform at distinguished concert venues such as the Utrecht Early Music Festival, AMUZ, Féstival Baroque de Pontoise, Warsaw Philharmonic, Boston Early Music Festival, Vancouver Early Music Festival a.o.

PLEASE NOTE:Due to the Corona restrictions we have only 75 tickets for sale!ALL guests need a valid CORONA PASS in order to participate!