“this bitch can sing” Diamanda Galas

“One of the most interesting singers currently making music in New York. [a] rare wonderful talent…” Justin Vivian Bond

M. Lamar writes songs that are at once a product of his African American heritage drawing heavily from the negro spiritual. Combined with his operatic voice and piano playing that is at once interested in western classical music and dissonant black metal Lamar’s sound makes one think that things are so catastrophic that the world might end at the conclusion of one of his tracks. 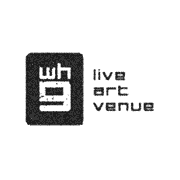