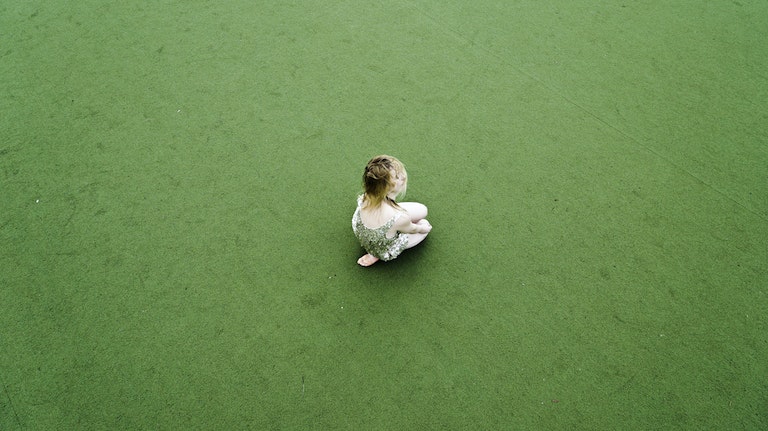 Methods of Completion, a being that causes itself

“Methods of Completion” Is a journey through various patterns of endings. A variation of attempts to end and begin and return. To fall, land and fall again, to finish, and to repeat. It is a comment on the absurd circle of repetition, revolution after revolution, love after love, orgasm after orgasm, death after death, apple after apple, war after war, shower after shower, shit after shit.

We ask, are we afraid of endings, of letting go of something, or is there a comfort, a safety in allowing patterns by creating a structure in something that otherwise would be undefined? Is this a method of completion, and therefore a catalyst to the madness? A reset to the cycle. Or symbolism of this cycle itself. A breath in this continuous motion that is existence.

“Methods of Completion” is a embodiment of the relationship that exists between all of humanity and the idea of an “end”. It is a reflection of human life, its circles and its history.

*this solo was created during the first lockdown with support by Ada/Uferstudios Berlin, Germany

An Inside into the creation procces:

We established and co-founded Company HAA in 2018, a Berlin-based collaborative platform for dance, performance, and art- related activities. We work in urban and traditional theatrical spaces, looking for direct contact with the participants of our art. We search for innovative ways to translate movement into language that can be understood by a diverse audience. We are interested in the reflection on human nature and its development. Our art serves to create awareness of critical social topics.

Our artistic approach is rooted in score-based choreography and improvisation, favoring an ongoing-research and re-evaluation of current processes. We are intrigued by the human body. Its physical and cognitive skills, its multitude of possibilities for expression and capacity for countless transformations. In our work, we search for strong physicality and expression of the body. We see dance as a sensory experience, which has the power to unite people in the diversity of their experiences.