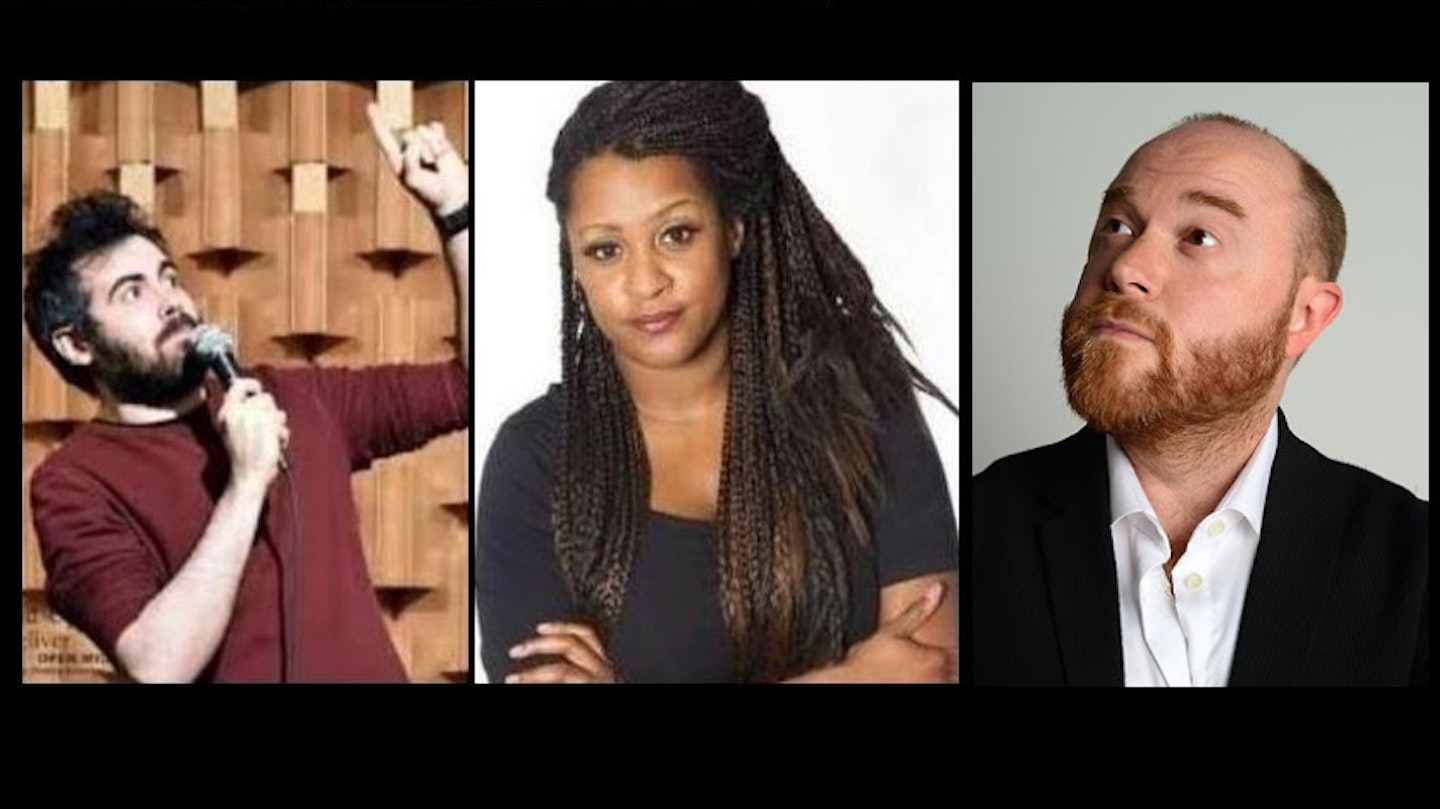 THIS SHOW IS CANCELLED!

DUE TO THE DANISH HEALTH MINISTRY'S RESTRICTION REGARDING THE CARONA VIRUS OUTBREAK, WE ARE NOT ABLE TO CARRY OUT THIS SHOW. WE WILL CONTACT ALL TICKET PURCHASERS VIA E-MAIL THIS AFTERNOON BY 17,00 WITH MORE INFORMATION.

+ your resident MC host you all adore, Adrian Mackinder (UK)!

(our other resident MC, Joe Eagan (Can), will host the April 2 show)

This show sees us enter the bigger and dedicated comedy room at Admiral with comfortable space for 200 people - a wonderful waterside view, a pop-up bar with great prices on bottled beer (30dkk), wine (45 dkk) & cocktails (65dkk), and lots of laughs - not to miss!

When: Thurs, March 12, 20.00 (mingle in pre-show lounge area from 18.45 - a mingle area will be created in the newly-renovated space just outside the comedy room turning right after entering the hotel - look for our welcome table!

Door tickets: 150 dkk (cash only) via waitlist from 19.00 at the welcome table if the show is not sold out.

The comedy room will also have a pop up bar serving bottled beer for 30dkk, white/red wine for 45 dkk and mix drinks like 3cl gin & tonic/3cl rum & coke for 65 dkk - and drinks can be ordered during the show too!

Enjoy a burger before the show? Guests who would like to eat a burger plate, can order one in the lobby bar - price 145dkk.

Enjoy a 3 course meal before the show? Guests can book a 3-course meal for 395 dkk (includes 2 wine/beer/soda) by calling restaurant SALT (located in Admiral) on +45 33 74 144. (Please inform them you are attending the comedy show and arrive at 17.30 for seating in restaurant. You purchase the 395 dkk dinner directly with SALT, and afterwards show your comedy show ticket to enter the show.)

Dana Alexander (Canada) - Dana draws her material from raw life experience with an original and hilarious outlook. She began her comedy career at the age of 18 years old in Canada. Before long she began touring nationally with Yuk Yuk's Comedy Clubs, completed 5 television galas and several radio spots for major stations. In 2011 Dana moved to the U.K. where she premiered her solo hour at The Edinburgh Festival for which she received rave reviews and nominations including "Best Comic" and "Best International Act" from Chortle and Black Comedy Awards. It was not long before she then featured on British television on shows like "Russell Howard's Good News", "Edinburgh Comedy Fest" and "The Culture Show". Her solo comedy special also aired in Canada's popular Stand-up show "Comedy Now" and she has been named in the Top 10 Comedians 3 years running by NOW Magazine in Canada.

-->"Genius comic timing, made almost everybody in the room leave with tears of laughter in their eyes. Priceless." Broadway Baby

Valerio Miconi (Italy) - A confused misanthrope with anger issues, trying to figure out life one joke at a time, this Italian exile living in London will leave you giggling all the way home and laugh your pants and skirts off. His comedic arsenal is filled with silly observations, angry rants, social commentary, and the occasional fart joke ensuring there is something for everyone. A high-energy comic who makes his own pizza, what’s not to love?
“Cleverly thought through material which varied between topical, silly and observational. A likeable persona on stage which engages the audience.” - The Stand Comedy Club
"An excellent talent for delivery."  - Voice Magazine
"More than capable of getting an audience roaring with laughter." - Soho Comedy Club
"Valerio Miconi is very funny and quick witted with a fantastic positive energy, that guarantees a great night!" - GO on MY SUN Comedy Nights

Hire comics for events and parties! Or why not book an afterwork comedy quiz & game at your office? Challenge your colleagues in teams to win prizes! See www.internationalcomedians.com

Then the show is back on Thurs, April 2 with Matthew McAloone (N.Ire) and Alice Frick (Austria) - and save the date for the season finale on Thurs May 14 with Paul Myrehaug (Canada) and Damonde Tschritter (Canada)