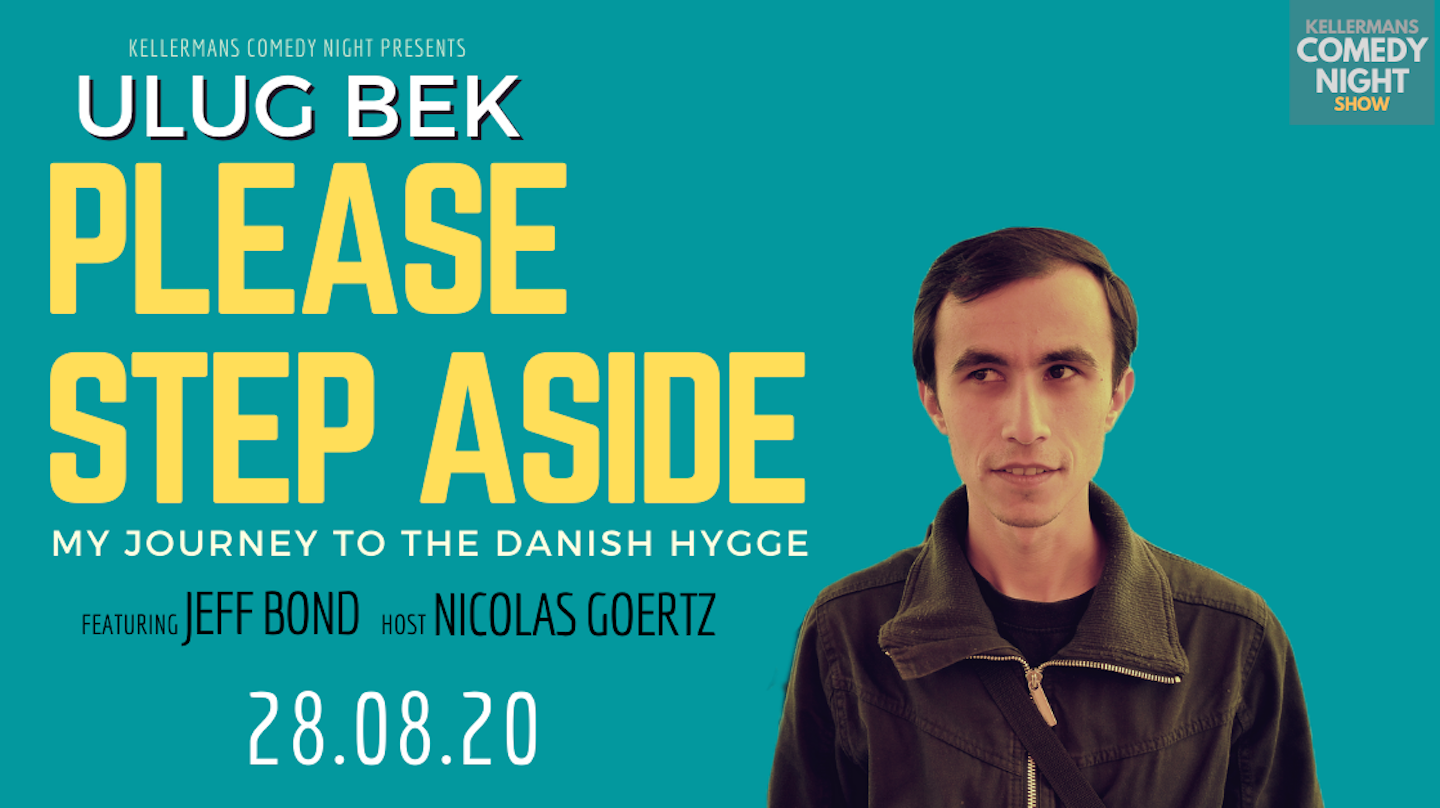 Please Step Aside - My Journey to the Danish Hygge

He immigrated from Uzbekistan 8 years ago and fell in love with this country, except for the liquorice. Bek's road to find Hygge was rocky.

He is going to share his struggles with the Danish language, finding Danish friends and surviving Julefrokosts. He will also share his controversial opinions, such as his support for the Danish weather and DSB.

Ever since being found in the woods by the Dalai Lama, Jefferson has always been very good at making up wild and convincing stories and with his absurd observations of day to day life mixed with highly energetic physical movement and misplaced charm he has already made a name as a rising star on the stand up community. He became the first ever English speaking comedian to make it to the final of both Lund Comedy Grand Slam in Sweden and DM I Stand Up 2019 in Denmark. His first one man show received 4 stars at Zulu Comedy Fest, he has toured nationally across both Denmark and Sweden and has appeared on Danish national television on TV2 and DR Radio. You can follow him at Jefferson Bond Comedy on both Instagram and Facebook.

The hosts responsibility is to tie the whole comedy show together, and therefore Nicolas will set the rhythm, tone and spell out the evenings house rules. All done with utmost sincerity and love.

Come for a good time and a good laugh.
Gallons of disinfectant has been purchased to clean during breaks and hose down the comedians before they goes on stage.
Seating has been reduced and rearranged so that everyone can feel safe attending a show.