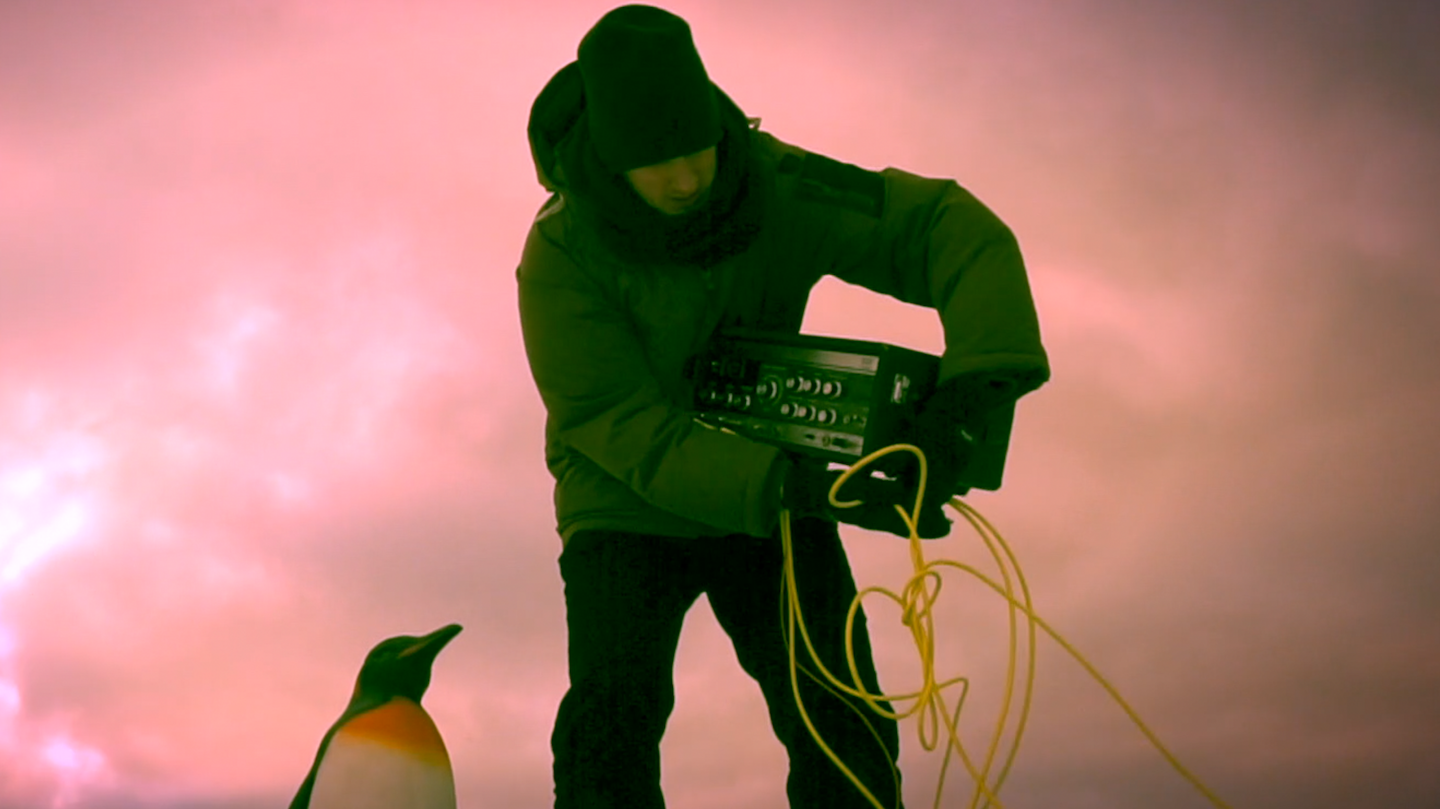 MOKIRA/Andreas Tilliander is a Swedish electronica, drone and techno producer who significantly contributed to the evolution of the 'clicks & cuts' genre with his first albums Cliphop (Raster.Noton) and Ljud (Mille Plateaux). He has recorded music under many names (Lowfour, Mokira, Rechord, TM404 and more) and worked with some of Europe's influential electronic music labels. He has been awarded a Swedish Grammy music award in 2005, after two consecutive nominations. He also works with Familjen as a live musician. The song "Arlanda" (from Show (2009), featuring vocals from Jocke Berg of the band Kent. A native of Hässleholm, Tilliander now resides in Stockholm, where he runs Repeatle Studios and apart from creating his own music, works as a mastering engineer for several record labels. He also works for the radio show Elektroniskt (previously, Ström), broadcast on Sveriges Radio P2.

Herman Müntzing is an experimental and improvising musician and composer from Baskemölla, Sweden, who prefer to treat and mistreat different kinds of acoustic and electric objects whenever and wherever it is appropriate. His musical world embraces sounds produced by “normal” musical instruments as well as short-circuit video-mixers, children toys, found objects and slowly rolling ping-pong balls. He is also the creator of 12 stringed experimental instrument “Flexichord” built out of strings and pickups from 2 electric guitars attached to a piece of massive wood.

Qarin Wikström is an improvising and composing vocalist and musician, and has been an active part of the blossoming avant-garde and experimental music scenes in Copenhagen for well over a decade, having released 18 albums so far, as main composer or co-writer. With a background in a broad spectre of genres as classical chamber music, pop, jazz, Swedish folklore and freely improvised music, Qarin’s musical vision and expression comes through as a confession to all of it, blending the varying influences into a not yet specified genre. With projects such as Q, Kostcirkeln, Shitney, Sekten, Orbit Stern & Q and reBell, she has received critical acclaim, nominations and recipient of Danish Music Award Jazz, and in 2012 she recieved the three-year grant from the Danish Arts Council. Member of Copenhagen independent label ILK.

Oona Libens is a visual artist based in Malmö and Brussels. In her work she uses old techinques to project images. She graduated from the Royal Academy of Fine Arts in Ghent 2012. Since then she has created a number of performances and collaborated with Malmö Akademiska Orkester among others. Her works have been show at places like Kråkeslottet Senja (Norge, 2014), Cinema Nova Bryssel (2016), International Film Festival Rotterdam (2017), Malmö Live (2017), Bozar Bryssel (2018). Her work Nausea was shown at Skånes Konstförening.