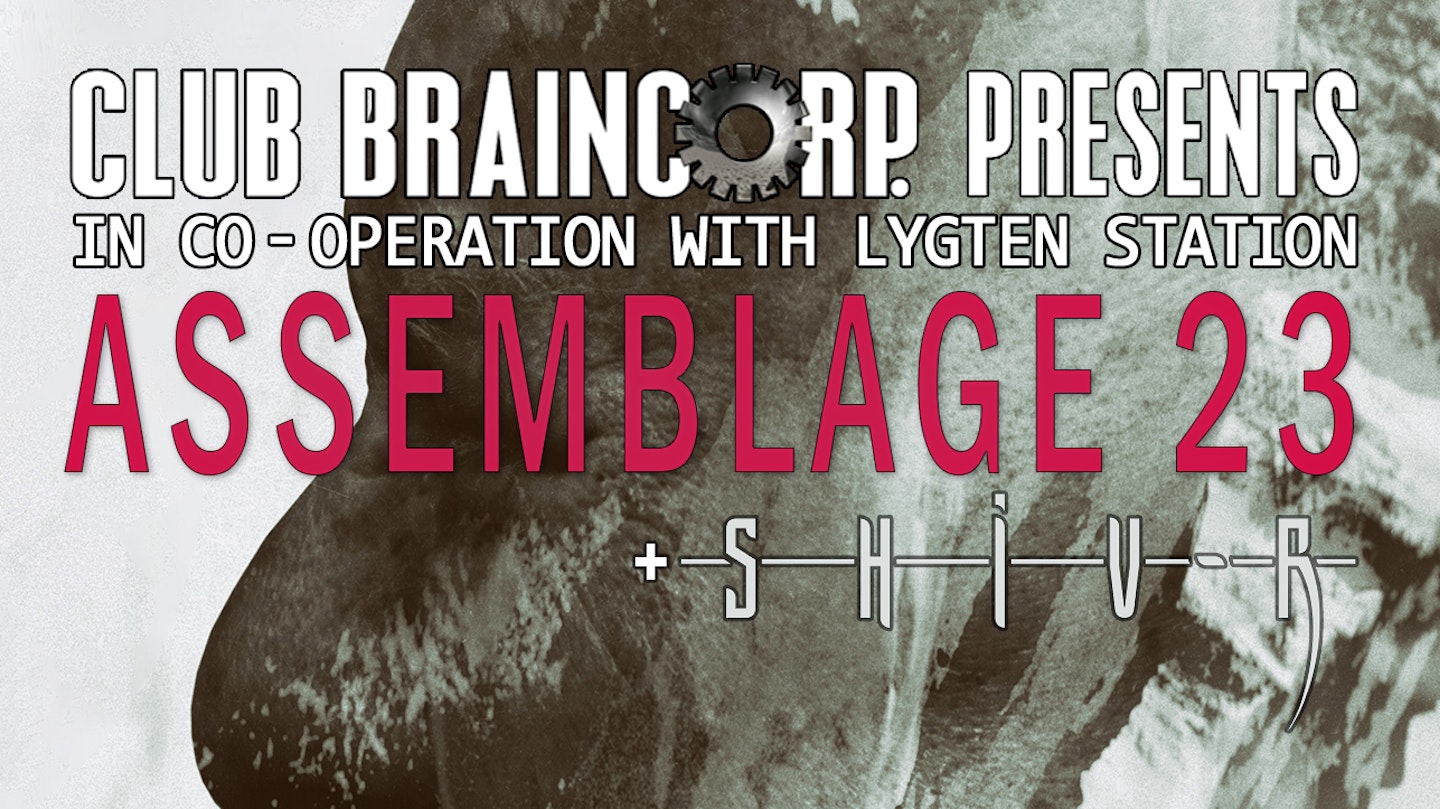 We are ready to celebrate our 15th year anniversary this year, this time we will provide
you with 2 high acclaimed bands in our Industrial/EBM/Synth scene, the American band Assemblage 23, who´s back in Copenhagen efter 9 years hiatus, as very speciel guests the Australian band Shiv-R, who´s finally back in Copenhagen after 5 years hiatus, with Assemblage 23 and Shiv-R on stage the same evening will without a doubt be a blast!

Assemblage 23:
Assemblage 23 and Tom Shear – there’s no need to introduce the man behind this figurehead of electronic music. For more than 20 years, he has provided the scene with a string of hits. After it was founded in 1998 the project exploded onto the scene with the release of it’s debut album “Contempt” and became one of the most famous acts in the genre. Through the years Assemblage 23 has released a lot of albums on various labels, exact 9 albums in 20 years. On the albums
Assemblage 23 have created a lot of club hits like, Let Me Be Your Armor, Naked, Disappoint, Document, When The Wind Erase Me, Collapse, The Noise Inside My Head, to mention some.
After two decades Assemblage 23 is still able to maintain their status in the EBM / Future-Pop Scene. Assemblage 23: electronic music of the highest quality with touching lyrics that never lose their actuality. Assemblage 23 is working at the monment on their 10th album.

Shiv-R
The Australian Industrial/EBM band Shiv-R is finally back in Copenhagen after 5 years of  absence, the last time Shiv-R was here they played a long with Leæther Strip and Diorama at the venue Forbrændingen, this time Shiv-R is playing as very speciel guests to Assemblage.
Since Shiv-R played here in Copenhagen they have released a new album called Requiem For The Hyperreal on the famous German label Infacted, an album that shows that Shiv-R can mix the harsh elements and make good and danceable melodies.
When Shiv-R is back in Copenhagen in June they will provide you with a new and energetic live show you haven´t seen before.